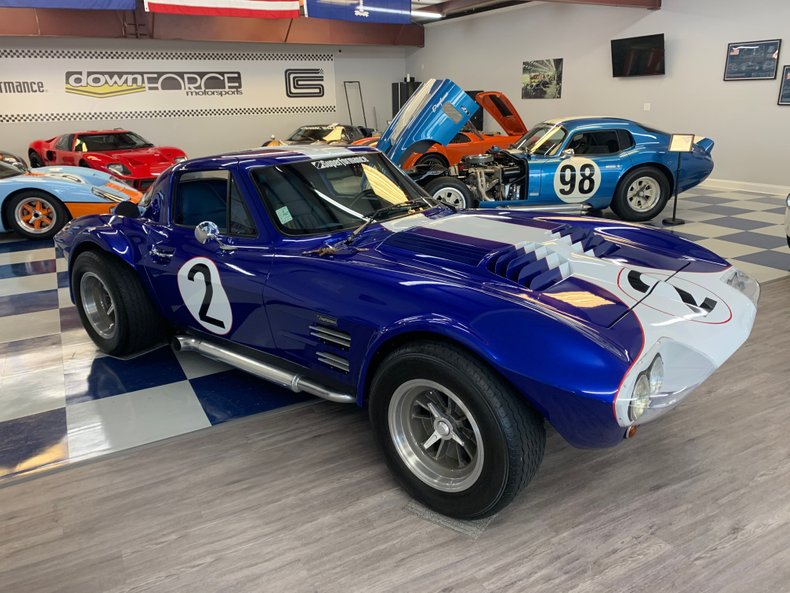 CGS0021 is finished in the iconic Admiral blue with white hammerhead stripe of the #2 racecar. Power comes from a Lingenfelter LS3 6.2 liter engine topped with 8-stack fuel injection and backed by a T56 6-speed manual transmission, That power is put down to a set of 15" magnesium wheels and sings through a ceramic coated exhaust system. Call us today to "Accelerate you Life" in this beautiful Corvette!