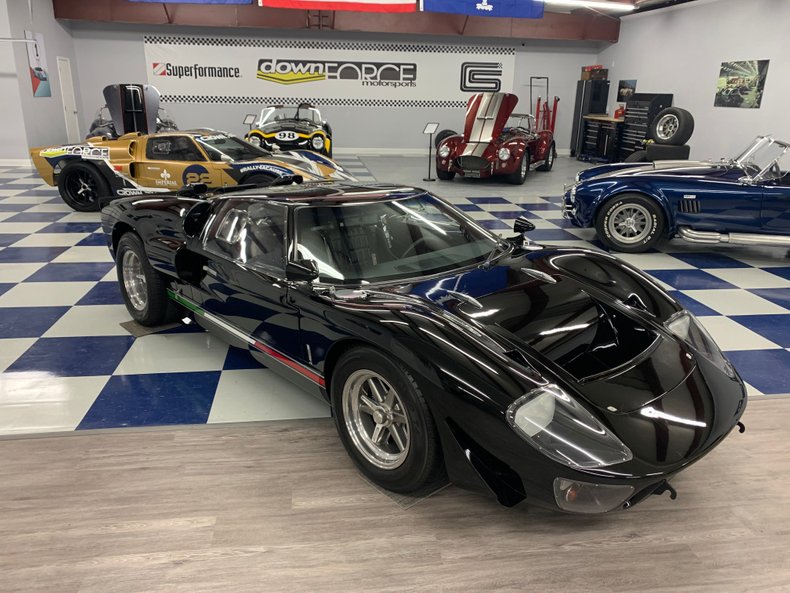 P2154 features a Roush Performance 427 stroker engine, Bundle of Snakes headers, 15" wheels & tires, alcantara seats, air conditioning and the finished in a classic black exterior finish. An optional driver's race seat is shown but the standard seat insert will be installed. Some pictures show 15" BRM wheels, they are not included and the vehicle is equipped with 15" Halibrand style wheels & tires. Low miles, originally built by Olthoff Racing and well cared for make this GT40 Mk2 and excellent buy!
Accelerate Your Life with a GT40 Mk2 today!!!