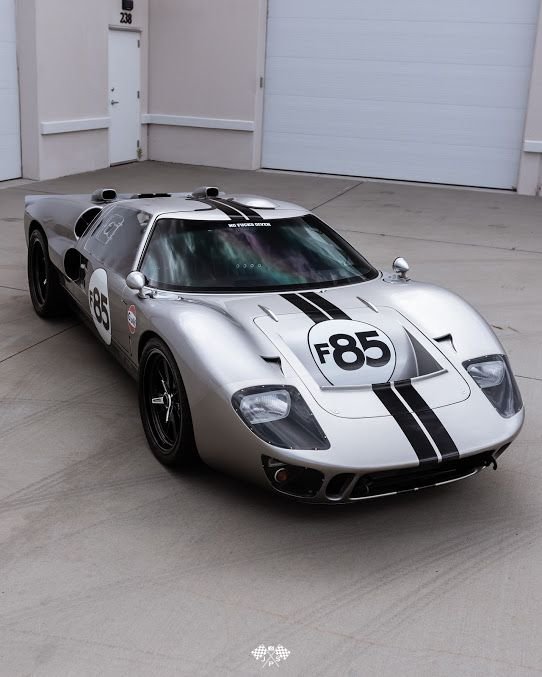 P2015 features a Roush Performance 427 IR stroker engine, 8-stack EFI, Bundle of Snakes headers, 15" wheels & tires, Leather seats, air conditioning and the finished in titanium silver with black twin and sill stripes P2015 was driven on the 2020 Crown Rally South and has been wrapped in a custom gold with a livery based on the 2020 Ford GT Mk2. Some pictures show the car with black 18" wheels, they ar not included. Vehicle will be sold with 15" wheels & tires.
Gold wrapped livery can easily be removed.
Accelerate Your Life with a GT40 Mk2 today!!!