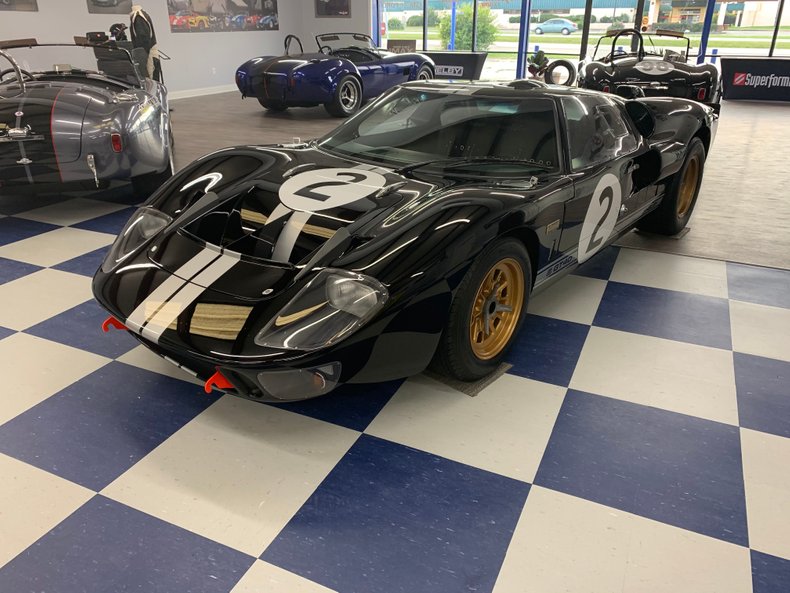 The Superformance GT40 Mk II is the only GT40 licensed and eligible for the official GT40 registry. Features include an original style steel monocoque chassis, original suspension and are the only cars to receive official an “P” chassis number like the originals. The Mk II is available is a wide variety of configurations and options; wings, canards, lip spoiler, Gurney bubble and many more choices can be had. The Superformance/ Shelby GT40 can accept an equal variety of engine choices from small or big block Ford to Supercharged Coyote powerplants.